Walnut Hill : Exhibition Framing and Fine Art Services is proud to present a selection of works from "Next Stop Atlantic".

In a bold move, the NYC Transit authority joined the artifcial reef building program off the East Coast of the US in 2000 and sent stripped and decontaminated subway cars off on barges to be dropped into the Ocean in order to build refuge for many species of sh and crustaceans which would colonize the structures.

Mallon traces the progress of the train cars on their way towards their last voyage, majestic waves approach the viewer in these large scale photographs as they too are transported out to sea to behold the lifting and transfer of these massive machines. One photograph hauntingly depicts elements of nature creeping into their barren hulls, drifts of snow lines the walkways, a glimpse of sunshine streams through their removed doors as they wait in stacks to be carted off to sink to the dark depths of the ocean oor.

Mallon’s photographs elicit both the sadness and the beauty of cascading water overtaking these iconic g- ures of New York transit as they sink beneath the sur- face of the water; surges and sprays are caught in time. Stephen Mallon dedicated the last three years to fol- lowing this endeavor, chronicling the last phase of NYC Transit’s involvement in this program. The photographs that are presented in this exhibition capture the grandi- osity of this effort; the weight of these 18-ton train cars can be felt as they are ferried off and plunged into the water.

Continuing Addison/Ripley's ongoing series of conversations with artists in the gallery, please join us on Saturday, October 8th from 11 to 1 for coffee, bagels and a panel discussion featuring four artist in the current exhibition, "INFRASTRUCTURE", including exhibition curator, Trevor Young. Together with Valeri Larko, Stephen Mallon and Frank Hallam Day, Young will lead a free ranging conversation on practices, materials, challenges and the artist's take on the underlying structure of world around them. In addition to these artists, other artists in this exhibition will be present to answer questions about their work and the exhibition. The conversation will include time for questions for panelists and allow participants to focus on questions about particular works on display. 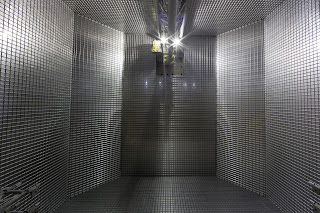 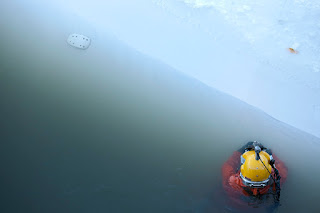 Happy to announce I am showing at Gallery 21!

“Bringing Brooklyn to Norfolk”
Gallery 21 will host its Fall exhibit “Bringing Brooklyn to Norfolk” Friday, September 23 – November 5.  The exhibit features 24 artists from Brooklyn, New York in a variety of mediums. The exhibit is curated by Patrick Todd and is described as: “Bringing Brooklyn To Norfolk” is an incomplete survey show of unique and different approaches to art making. The show aims to highlight quality and diversity through context, and hopefully, bring the
conversation of art to the forefront. No theme, no idea, no curation can tie these objects together in a super narrative. The viewing audience is invited to explore the artists' individual stories in greater depth and contemplate on their process in honing their skills.
Artists included in this exhibition are: Amanda Church, Amelia Biewald, Brenda Zlamany, Chris Dunlap, Cibele Vieira, David Friedman, Debra Drexler, Ellie Murphy, Esperanza Cortes, Hecter Rene, Jen Hitchings, Jennifer Delilah, Jim Klein, Julia Whitney Barnes, Julian Armond Jimarez Howard, Kathleen Vance, Ken Butler, Matthew Mahler, Max Yawney, Michael Pribich, Peter Fox, Sean Hemmerle, Stephen Mallon, and Sue Kovacs. An opening reception will take place Friday, September 23 from 5:00 to 8:00pm. Refreshments will be
served.

About Gallery 21:
Gallery 21 opened in April, 2016 and was designed by Jim Todd with a unique “elite urban” style combining brick walls, polished concrete floor and high black ceilings as a chic backdrop for displaying a dynamic selection of paintings.
The Gallery is a thriving fine arts venue for special events, art show openings, artist receptions and more. The Gallery also provides Jim an outlet and a venue to pursue his own artistic passion of Sumi-e art, East Asian brush painting.
Gallery 21 is open Friday – Sunday, noon – 5pm.

Excited to be participating in this years  ART PRIZE  !

Thank you SITE:LAB for inviting me!


These images are a part of a ten year long project titled “American Reclamation”. This photographic essay has covered many aspects of the recycling industry ranging from cement recovery, electronics, paper, steel, tires, trains, ships, and the repurposing of one of the largest landfills in America. The latest addition to American Reclamation features the reclaimed materials at PADNOS. Founded in Holland, Michigan in the early 1900’s by Louis Padnos, the company has thrived as a family business through four generations and has grown to be a market leader. Featuring images of reclaimed paper, steel, aluminum, turnings, trimmings, and post industrial plastics, these painterly photographs find beauty in collections of collected materials that are waiting for their next purpose. This project is also going to be published early 2017 in my upcoming book.

47 Years in the Waiting 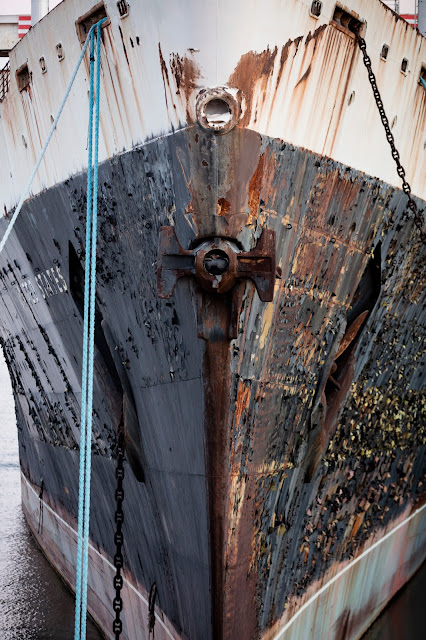 Still holding the record that it set in 1952 for the fastest crossing of the Atlantic (fewer than 4 days from New York to La Havre, France), the S.S. United States now sits forlornlyvin a dock in Philadelphia waiting.vThe Front Room Gallery is proud to present “47 Years in Waiting” Stephen Mallon’s 5th solo exhibition atvThe Front Room. Mallon’s extraordinarily soulful portrait of the great ship combines sweeping views of the rusty hull with intimate interior shots of the walkways and grand ballrooms. The largest ocean liner constructed entirely in the United States, The S.S. United States was built in a time of transition. In 1952 intercontinental travel involved long boat trips with steamer trunks and lavish splendor. But, in 1958 commercial jet liners were introduced, and a decade and a half later people were flying across the ocean in a few hours. The spectacular ship had become obsolete. It was docked in 1969 and hasn’t sailed again (yet). In her heyday she carried stars: Judy Garland, Charlton Heston, Marlon Brando, Marilyn Monroe, John Wayne, Sean Connery, Salvador Dali, and Elizabeth Taylor. Other passengers were royalty (Prince Rainier, The Duke and Duchess of Windsor and Grace Kelly) and four US presidents (Harry Truman, Dwight Eisenhower, John F Kennedy and Bill Clinton). The S.S. United States was a star in her own right:  70,000 people showed up to see her launch on her maiden voyage. The ship’s 23 public rooms, 395 staterooms, and 14 first-class suites were the height of luxury, in a time when that word was not so over-used. Stephen Mallon’s photographs examine the current state of the vessel, stripped of her finery, in decay yet still elegant. Stephen Mallon’s photographs of the ballrooms, dining room, and onboard pool, theater capture the specter of the ship’s past splendor. In a photo of the enclosed promenade one can almost imagine the first class passengers strolling on deck or dancing in the grand ballroom to Duke Ellington. Stephen Mallon is well known for his past series of work, including “Next Stop Atlantic,” documenting the repurposing of decommissioned NYC subway cars as artificial reefs and “Brace for Impact” Mallon’s large-scale photographs, taken during the salvage of the fuselage and engine of Flight 1549, the “Miracle on the Hudson.” Mallon’s series, “American Reclamation” regarding the various means and forms that recycling can take is an ongoing series, and will be a big part of his upcoming monograph that chronicles all of his work of the last 15 years. Mallon’s work has been exhibited in museums and galleries internationally, and his work has been written about in many publications, including National Geographic, The New Yorker, New York Times, Vanity Fair, Wired, CNN, MSNBC, Stern, PetaPixel, Viral Forest, BuzzFeed, New York Magazine, The Huffington Post, CBS, and NPR.