YIPPEE!  Please stop by for my latest solo show, Next Stop Atlantic opening at Calumet  22 w 22nd
2nd floor, in New York  on February 3rd.
Reception is from 6-9 , see you there! Email ThisBlogThis!Share to TwitterShare to FacebookShare to Pinterest
Labels: 2011, Calumet Photographic, Front Room Gallery, Next Stop Atlantic, something to do 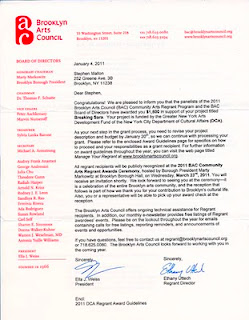 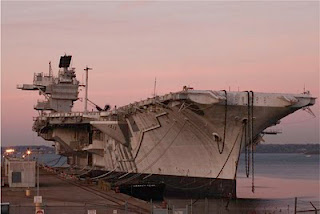 Sara- Rhode Island, 2010
There are seven traditionally-powered aircraft carriers from the United States Navy that are to be sunk, preserved, or recycled for their materials.  The first one is  the USS Saratoga, which is to be scrapped in Brownsville, Texas.  Construction on CV-60, affectionately called Sara, took place over the span of three years beginning in 1952.   She was deployed to the eastern Mediterranean during the 1967 Arab-Israeli war, where her medical facility was used to treat survivors of the Israeli attack on the USS Liberty.   Years later, she served the US Navy during the Vietnam war, participated in Operation Desert Storm and launched Navy Seals during Operation Desert Shield.  Sara was decommissioned in August of 1994.
Recycling the Saratoga will take over six months beginning with towing the boat from  where it is currently docked  in Newport, Rhode Island to the  Brownsville Ship Channel in Texas.  The Port of Brownsville is an ideal location for ship recycling for many reasons. A man-made ship channel that was cut in from the Gulf of Mexico in 1934, it is located 17 miles inland from the Gulf of Mexico, and is just three miles from the Mexican border.  No other ports outside of Brownsville – such as facilities in Virginia, Baltimore or Alabama – have received more ship disposal contracts in recent years from the U.S. Maritime Administration (MARAD). The Port is strategically located to provide scrap material to numerous mills in Northern Mexico and the southern United States and is serviced by all major modes of transportation.
Obsolete ships and especially old marine vessels are full of toxic substances. These toxic elements often absorb the greater part of a Western World ship recycler’s costs. Whereas toxic substances amount to no more than a few hundred ounces in a car, a ship has to be stripped of thousands of pounds of asbestos; a similar volume of foul bilge water and oil from the holds or keel under the machine room as well as a large range of other noxious raw materials. When a ship is hauled up an incline or slipway for dismantling, it is possible for fluids in the bottom which could not be pumped out to escape. For breakers in Asia, this is generally not a problem: most of these residues simply disappear into the ocean. All eight slipways at the four yards in Brownsville have an ‘oil boom’ at the entrance side, a 10 to 12 foot rubber hose floating the whole width of the slipway, and a skirt hanging some 2 feet deep in the water. The oil removed from the ship prior to or during the dismantling process is pumped into huge tanks and these are always surrounded by walls to prevent oil from streaming out.
From there the many re-usable items - such as anchors, chains, masts, winches, generators and portholes - are removed for sale as second-hand materials.  Machinery is  then pulled out of the ship to keep the hull high afloat and then the vessel is dismantled from bow to stern. The hull is gradually cut from the deck or superstructure to the bottom; the pieces that are brought ashore are cut even smaller into mill furnace-size chunks of scrap which are usually transported by river barge to US steel mills, or in some cases by truck to Mexico.  I will be photographing these intense  moments of  breaking Sara as she is pulled apart into little pieces.
3 comments: