My interview by Richard Hake on NPR. I have to tell you this was one of my OS moments, not really sure why, something about being interviewed on a radio station that I used to make fun of my parents for listening to and now I'm a fan of a number of their shows. It was quite surreal and sweet. The "pre" interview felt much easier for me on the phone with the reporter. Once we got into the sound booth, I think I should have spiked my coffee... In the end - and with a great edit from NPR - I think it worked out nicely! Click here to see the full interview.
No comments:

Review of Next Stop Atlantic in The L Magazine

I really like this review.  My friend and Colleague William Lamson who also opened  at Perogi's Boiler room Sept 10th is also reviewed in this.  I have admired Will's  photography ever since i was introduced to it a few years ago- check him out!
No comments:

Next Stop Atlantic on Miss Rosen

An interview with me about Next Stop Atlantic on
Miss Rosen. 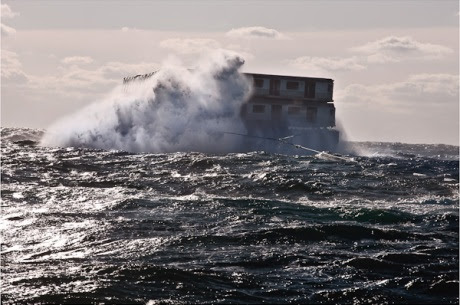 Stephen Mallon’s photographs of the New York City Transit Authority’s artificial reef building project make me craaazy. There is something about access to this kind of madness that gets me all kinds of excited. It’s visceral, for sure. But more that that, it’s that beyond the sheer physical response to these images, my mind starts spinning trying to get a grip on the context for these images. Subway Cars = Barrier Reefs? This must be 2010.

How did you get involved with the NYC Transit Authority’s artificial reef building project?

I had shot around Bayonne in the past and was looking for a location for a portrait shoot that had a nice industrial background.  As we were scouting I spotted Weeks 297 (the number of the barge) parked there with a bunch of old subway cars stacked on top of it.  I had read about the red birds being retired in the ocean but wasn’t aware that the program was still ongoing.  The gate to Weeks Marine’s yard was open so I drove in and got the contact info for the yard manager who introduced me to Jason  who was the senior manager on the project.  Fortunately for me he is a fan of photography and so after showing him my existing work on the recycling industry he told me to come on down! 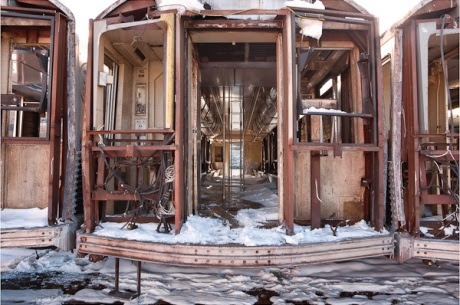 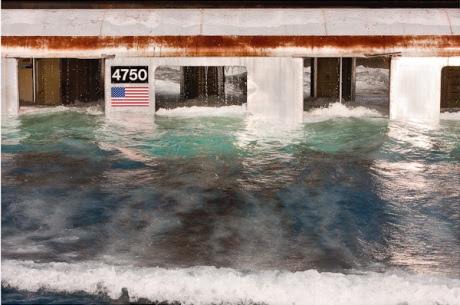 Photograph © Stephen Mallon
Please talk about the issues of innovations in salvation and industrial waste as they pertain to this project.
The MTA  doesn’t sell any of the subway cars to the general public or to anyone that they are not sure on how they are going to be deposed of.  You can’t scrap these cars without doing an asbestos abatement but that isn’t an issue underwater.  The tourism boards along the east coast purchased  the subway cars ( not sure how much, I heard different numbers from FREE to $300 a car, min one barge + SHIPPING which is quite expensive!)  to help the sports fishing and to create interesting locations to go diving to.

What were the emotional and intellectual challenges of working on this project ?

Learning not to try to review images on a rocking crew boat!  You do need to be very safety conscious on these sites, there was a moment after shooting where one of the MTA guys told me “You know those cables can break right?”  Just after I had been directly under it taking  a pretty picture of the underbelly.  Some New Yorkers are a little freaked out seeing these images, I think because they have spent so many hours holding on to the polls in the middle of these cars so  your third  eye can put you back in the car and then you see a kind of Titanicesque moment of the water washing in instead of the commuters at the next stop. 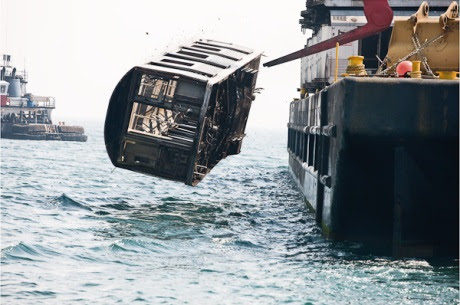 Photograph © Stephen Mallon
What did you find to be the most powerful and provocative aspect of this project ?

Remember how i was talking  about my heartbeat and the bulldozer?  Now imagine what its like watching the bulldozer tossed into the ocean like a toy in the bathtub!  Its the largest splash photography i have done to date, sports action with no athletics, just unique moments of each subway car going down.  Sometimes  knowing that you got the moment, sometimes praying to the photo gods that you did get it, sometimes going  SHIT  missed it!!!!!
How does this project fit into your larger “American Reclamation” work ?

It’s a chapter in the project.  There was originally only about 5 images shot of the subway cars but after really positive response from Communication Arts (got into the photo annual in 2009!) and during the VERGE art fair in Miami, the directors at Front Room Gallery and I thought it would be good to go back and explore some more photography of the subject. 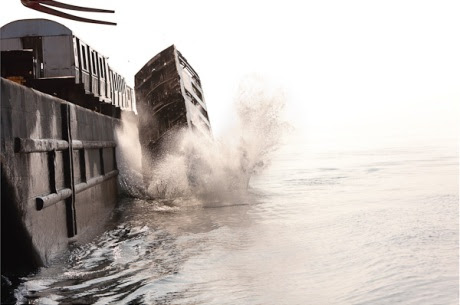