For the New York Times Magazine 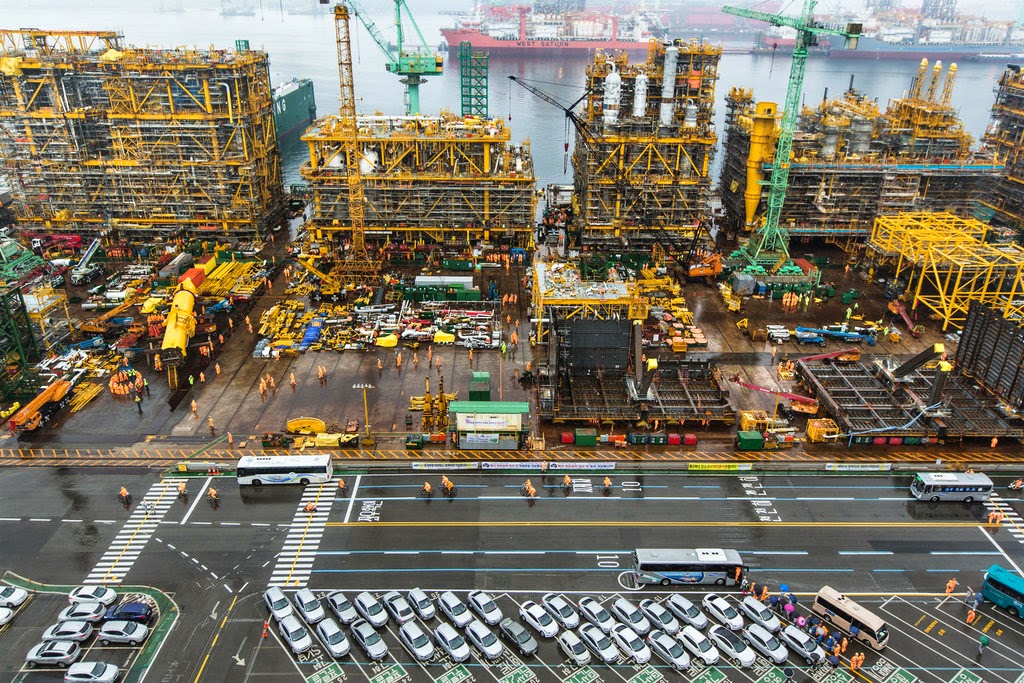 It’s called Prelude, and it’s bigger than big. More than 530 yards long and 80 yards wide, it was constructed with 260,000 metric tons of steel, more than was used in the entire original World Trade Center complex, and it’s expected to displace 600,000 metric tons of water, or as much as six aircraft carriers. Even the paint job is huge: Most big vessels dry-dock every five years for a new coat, but Prelude’s paint is supposed to last 25 years. It will produce more natural gas than Hong Kong needs in a year. And it’s so big that you can’t really photograph it, at least not all at once. The photographer Stephen Mallon spent two days on cranes, one fore and one aft, taking more than a thousand pictures. Later, editing software was used to stitch hundreds of them together to create the composite image you see here.

What makes this giant liquefied-natural-gas enterprise feasible, paradoxically enough, is the miniaturization its construction represents. It’s much smaller than landlocked equivalents — imagine shrinking your local refinery until it fits on a barge. Shell Oil, which has the biggest stake in the project, describes Prelude as more environmentally friendly than an onshore site. There are no estuaries under threat, no shorelines to run pipe across and reduced risks to population centers, given the explosiveness of natural gas. And it is designed to ride out extreme weather, thanks to three giant 6,700-horsepower thrusters that can turn it into the wind and waves. “These are the things that the naval architects had to worry through,” says Robert Bea, co-founder of the Center for Catastrophic Risk Management, at the University of California, Berkeley. “It works like a big-ass weather vane.”