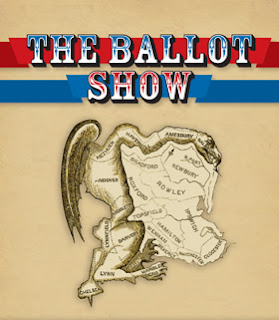 The Front Room Gallery is proud to present the third quadrennial “Ballot Show”, which focuses on the American electoral system, and the overall notion of voting with a ballot. “The Ballot Show,” held every 4 years since 2004, is inspired by the American election, and contemplates our antiquated electoral-college voting process.

Historically political art has often been associated with repression. This exhibition, however, is motivated by the idea of making a choice, and what it that choice represents.Steven Gagnon’s diptych, “Hope” and “Progress”, parody the famous Shephard Fairey portrait of President Obama, and feature an unopened six-pack of the hipster beer, Pabst Blue Ribbon, as one component and the following serigraph image of the cans empty and smashed. Jason Clay Lewis’s neon sign “Inner Peace $100, Blow Jobs $20” is about a more basic choice.
Many of the artists in this show have gone outside of their wheelhouse to create works specifically for this show. Ethan Crenson will be doing a performance at the opening in which he will tattoo people with their party affiliation on their hands knuckles a la “Knight of the Hunter”.

Veteran political artists Marshall Reese and Nora Ligorano's video of a cast ice sculpture "Melting Middle Class" might be chilling, and it might be true. With AMERICA for PRESIDENT, Lori Korchek and Mike Bade have been traveling across the country with a replica of the Oval Office desk, asking Americans to take a seat as Commander in Chief and tell them "what good they would do for America.;" The will have the actual desk as part of performance/installation with the video in the gallery. Emily Roz’s polaroid grids of actors portraying The President in Hollywood movies leave us with the impression that "Presidential" might just be a look.

Stephen Mallon's exhibition at the new Noerr
offices featured on 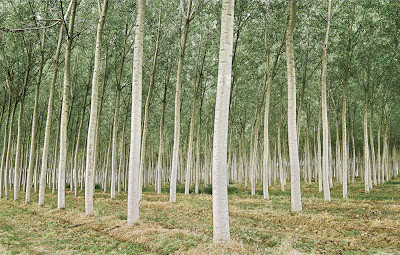 Show at the new office with works on display by Stephen Mallon. 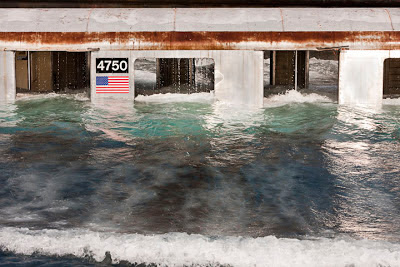 Viewing is by appointment and anyone interested should contact daniel@frontroom.org for more info.
Show will be up until November 20th, 2012.
Location: The Offices of Noerr LLP
885 3rd Avenue
Suite 2610 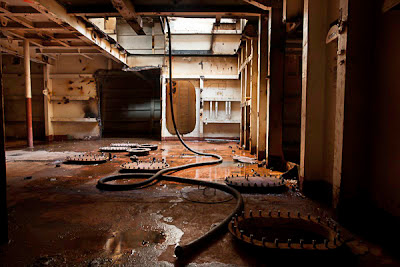