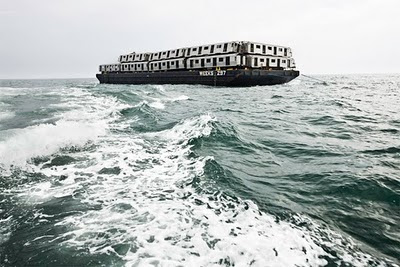 I am pleased to announce that two images from my upcoming New York solo show "Next Stop Atlantic" will be on display at  Grand Central Station, courtesy of The Metropolitan Transit Authority in conjunction with Earth Day, April 22nd.    Please stop by April 19th until April 23rd for  a preview of the show opening this September at Front room gallery.  These images are from the artificial reef project of the MTA to form sanctuaries for marine life by using former subway cars deep in the Atlantic ocean to form steel condos for fish!  You can read a story  from 2008 about the project  in the New York Times here.   You can also see a documentary on how they look underwater here.  I am really honored that they are on display at Grand Central Station!

Monday, April 19 to Saturday, April 24th from 10AM to 7PM
Please note the MTA booth will not be open Saturday April 24th
• The Venue: Grand Central Terminal is an extraordinary Beaux Arts landmark in the heart of New York City . Grand Central is served by Metro-North commuter trains, 31 commuter and 15 city bus routes, 7 subway lines, buses to and from the area’s three airports and two million taxis a year. Vanderbilt Avenue is located on the west side of the Terminal.

• The Giant Earth Images: April 19th-25th; 10am-8pm. The week-long show will illuminate the historic landmark’s soaring main concourse with inspiring environmentally themed quotes, messages, photographs and graphic images contributed by artists such as Andy Warhol, Keith Haring, Roy Lichtenstein, and Rafal Olbinski, among others. The show, projected onto two of the north columns in the concourse, will run 10 hours a day.

• EarthFair Outdoors: April 23rd and April 24th; A two-day festival of art, music and the environment on Vanderbilt Ave. A large exhibit area highlighting green businesses, organic food and environmental groups will include interactive displays that not only educate, but provide an opportunity to take positive action. EarthFair also features live musical entertainment including numerous well-known performers and regional bands.
For a Full List of our Sponsors and Exhibitors, Please Click Here
No comments:

I am   soooo thrilled that Julie  asked me to be one of the featured  artists in  the premier issue of a curator.com- the presentation  is great thank you Julie Grahame  and Mike Hartley at Big Flannel!  The other featured artists are  Rob Hann, Gina Levay (big fan!), Janettte Beckman, Michael Corridore, Catherine Chalmers, Chris Weeks, Leland Bobbe, and Bruce Katz! 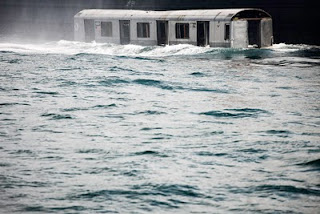